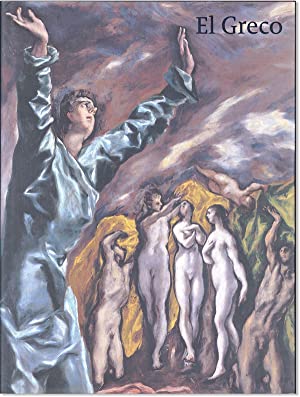 • Señales de uso. Ligera mancha en el corte. En Inglés / In English. Catálogo / Catalogue. " This book addresses the full range of the artist's achievements (including sculpture), and considers his personality from both a religious and intellectual point of view. Every stage of El Greco's career is represented here, from his Byzantine icons to the late altarpieces in which the artist's individual treatment of mystical imagery reached its climax. El Greco's different subjects - including religious, mythological, genre, landscape and portrait works - are addressed, as well as the historical context in which the paintings were made. Published to accompany the exhibition El Greco organised by the Metropolitan Museum of Art, New York, and the National Gallery, London."