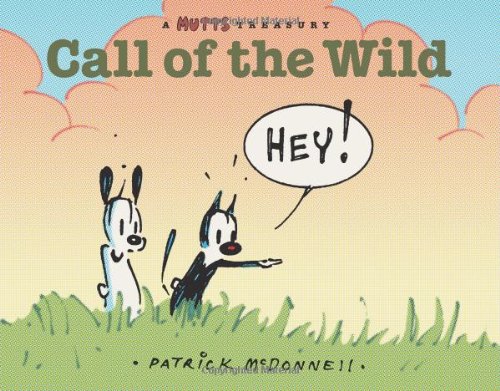 Call of the Wild - A Mutts Comic Strip Treasury (Vol. 17)

• En inglés / In English. "To me, Mutts is exactly what a comic strip should be." -Charles Schulz, Peanuts creator MUTTS appears in 700 newspapers in more than 20 countries and receives about 1 million visits each month to its official Web site at www.muttscomics.com. Always striking a delicate balance between lighthearted fun and responsible social commentary, Patrick McDonnell's MUTTS has been recognized by the National Cartoonists Society as Best Strip of the Year for its distinctive style, heartwarming humor, and strong yet gentle stand on important social issues. McDonnell, a New York Times best-selling author, has been awarded the Reuben Award for Best Cartoonist of the Year, as well as the Max and Moritz Award for Best International Comic Strip, the Adamson Statuette from the Swedish Academy of Comic Art for Best International Comic Strip Artist, and multiple Genesis Awards. / Patrick McDonnell is a New York Times best-selling author and the recipient of multiple awards from the National Cartoonists Society for Oustanding Cartoonist of the Year and Newspaper Strip of the Year. A dedicated animal advocate and Genesis Award recipient, McDonnell regularly lends his talents to animal-protection groups and issues, including The Humane Society of the United States, where he serves on the national board of directors. McDonnell is also on the board of directors of the Charles M. Schulz Museum. He resides in New Jersey.